The 79-year-old majority shareholder and former Chairman of Vossloh AG's Supervisory Board passed away on Tuesday, February 23, 2021 in Munich

Vossloh is a leading global rail technology company. Rail infrastructure is the core business of the Group. We offer our customers throughout the world integrated solutions from a single source. We make an important contribution to the mobility of people and the transport of commodities – safe, sustainable and environmentally friendly.

Mobility on the rails is at the heart of our business success because we optimize track availability – always and worldwide. Vossloh is green because rail is one of the most environmentally friendly modes of transport.
Discover our contribution to rail-based sustainable mobility.

"Making tracks available" signifies the sustainable increase in the profitability of route operators. Vossloh has succeeded in accomplishing this by developing new digital solutions in combination with proven rail technology and consequently effectively increasing track availability.

Vossloh at a glance 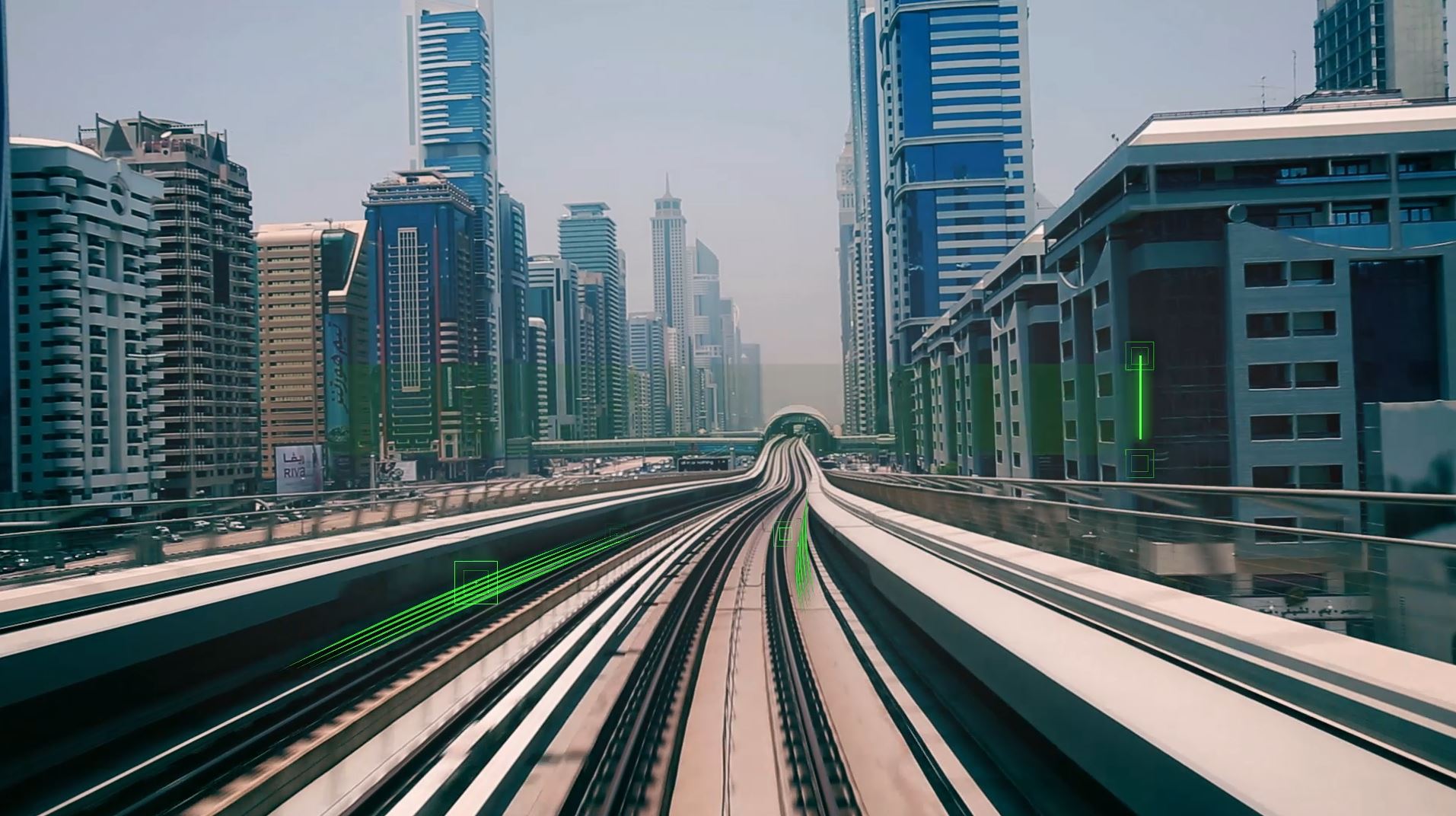 Our rail fastening systems offer flexibility in the superstructures of rail infrastructure. Alongside customized solutions for diverse fields of application, customer requirements and climate zones, we also organize the development of technical standards.

Vossloh, a worldwide leading provider of turnout technology, offers solutions for all rail networks in order to ensure economical, safe and environmentally friendly transport of passengers and goods.

The safety products include switch drives, which are suitable for conventional tracks, urban transport systems, and high-speed and heavy load transport.

Our service portfolio for maintenance and preventive care offers coordinated and optimized use for all rail types. We ensure value maintenance and safety on modern railways through innovative grinding processes and milling technology.

Vossloh ensures coordinated just-in-time delivery of long rails and switch systems to the track construction site. The logistics portfolio is topped off with stationary and mobile welding services of the highest quality.

A comprehensive range of pre-stressed concrete railroad ties and turnout ties is manufactured according to customer specifications.

One of Germany’s largest chemical complexes relies on MR.pro®

In the second quarter of 2020, InfraLeuna awarded the Rhomberg Sersa Vossloh cooperative the contract to digitalize the rail infrastructure at its chemical complex in order to optimize its long-term, track system management. With the successful completion [...]
02/24/2021 Investor News

The 79-year-old majority shareholder and former Chairman of Vossloh AG's Supervisory Board passed away yesterday, Tuesday, in Munich [...]
02/16/2021 Investor News

Railways attracting increased attention worldwide as the most environmentally friendly mode of transport; Increased levels of rail traffic will have a significant positive influence on Vossloh’s business in the medium and long term; Continuous monitoring [...]
12/14/2020 Investor News

The multi-year order covers sensor equipment and monitoring of 1,000 turnouts of the customer Trafikverket; A precise understanding of the technical condition of turnouts is an important step on the way to more efficient maintenance and higher track [...]
10/29/2020 Investor News

Changes to the Executive Board of Vossloh AG

Dr. Thomas Triska and Jan Furnivall joining the Group Executive Board; Dr. Karl Martin Runge leaving the Executive Board at the end of October 31, 2020 [...]
10/05/2020 Product news

Before the new No. 3 metro line in Sofia went into operation in late August of 2020, Vossloh gave the newly-laid rails an initial grinding to prepare them for service. Removing the factory mill-scale not only extends a rail's service life considerably, [...]
09/28/2020 Product news

Equipment of the heavy-haul line between Tavan Tolgoi and Gashuun Sukhait for transporting raw materials to China; Rail fastening system perfectly geared to the requirements in Mongolia; Deliveries started in summer 2020 [...]
09/22/2020 Product news

Despite InnoTrans postponement in the constant dialog with our customers

Even if InnoTrans has been postponed to the end of April 2021 and the COVID-19 pandemic has turned our lives upside down, Vossloh makes an important contribution every day to sustainably increasing the profitability of rail track operators. [...]
08/26/2020 Product news

Successful bid in the invitation to tender for the delivery of rail fastening systems for Packages 2B and C of the UAE rail link of the Gulf Cooperation Council; Deliveries started in July 2020 [...]
07/30/2020 Investor News

Vossloh with good performance in the first half of the year, outlook for 2020 confirmed

EBIT and EBITDA up on previous year; Positive impact of 2019 performance program clearly visible; Negative impact of COVID-19 relatively moderate in first half of 2020; Outlook for 2020 confirmed from today’s perspective [...]
07/27/2020 Product news

Compelling milling concept in the Netherlands

Vossloh is currently using several milling machines per shift in order to make the best use of possession times of as little as four hours for its customer. [...]
07/23/2020 Product news

On July 22 2020, Vossloh Fastening Systems celebrated the production of its one billionth tension clamp at its Werdohl headquarters. This quantity is enough to equip some 150,000 kilometers of track with rail fasteners, equivalent to about four round-the- [...]
07/03/2020 Product news

By setting up mobile welding machines in semi-stationary operation, Vossloh has found an economical and logistically outstanding solution for its Dutch customer and its construction site partners. [...]
06/15/2020 Product news

Vossloh completes the sale of its locomotive business

Locomotives sale to CRRC ZELC completed effective May 31; Transformation into a provider of solely rail infrastructure is complete [...]
05/27/2020 Investor News

Vossloh has a successful start to the 2020 fiscal year; orders received and profitability significantly above previous year

Vossloh announces preliminary results for the first quarter of 2020

Executive Board and Supervisory Board recommend suspending dividend payments for the 2019 fiscal year – virtual Annual General Meeting scheduled for May 27, 2020

Due to the restrictions on gatherings caused by the COVID-19 pandemic, the Executive Board and the Supervisory Board determined today to make use of the new legal regulations to limit the effects of the pandemic of March 27, 2020 and to conduct the 2020 [...]
03/23/2020 Product news

Supply of rail fasteners and turnouts for Package 2A of the railway line of the Gulf Cooperation Council which will link Ruwais with Ghuweifat at the UAE border with Saudi Arabia; Deliveries until late October 2020 [...]
03/19/2020 Investor News

When it comes to the rails of its tram network, which is scheduled to start operations in the late summer of 2021, the Finnish city of Tampere has its money on prevention right from the outset. Tampere Tramway Ltd has ordered a HSG-city. [...]
Further news

We ensure optimum supply services in the factory, on the move and on site: Easy Track Supply!